Growing up in the 70's meant that Sci-Fi was the poor cousin of other genres. Then Star Wars changed everything. It's hard to explain to those that were not born when it was released that before George Lucas came along Sci-Fi was cheesy and relatively simple. There was nothing in comparison ....literally nothing.... a void. Movies like 2001 made no sense to me so I grew up on Harryhausen and odd movies like Silent Running.  Book jackets was where the cool stuff was for me.  Here are a few of the Artists that influenced me as a kid. I Still love their work today and they inspired me to start using acrylics and an airbrush. Some of the work may look dated but I admire the compositions, designs and use of colour to tell the story. More importantly, before photoshop it all had to be done the hard way. Unless you have tried to paint images like this you have no idea how easy photoshop makes it. Don't get me wrong, there are some fantastic digital artists out there but its the skill of real painting, commitment and no 'undos' that I admire in these works.

I was privileged to have the same agent as this guy and remember being in awe of the originals
not well known now but he was the 'Artists' choice as a space ship designer. 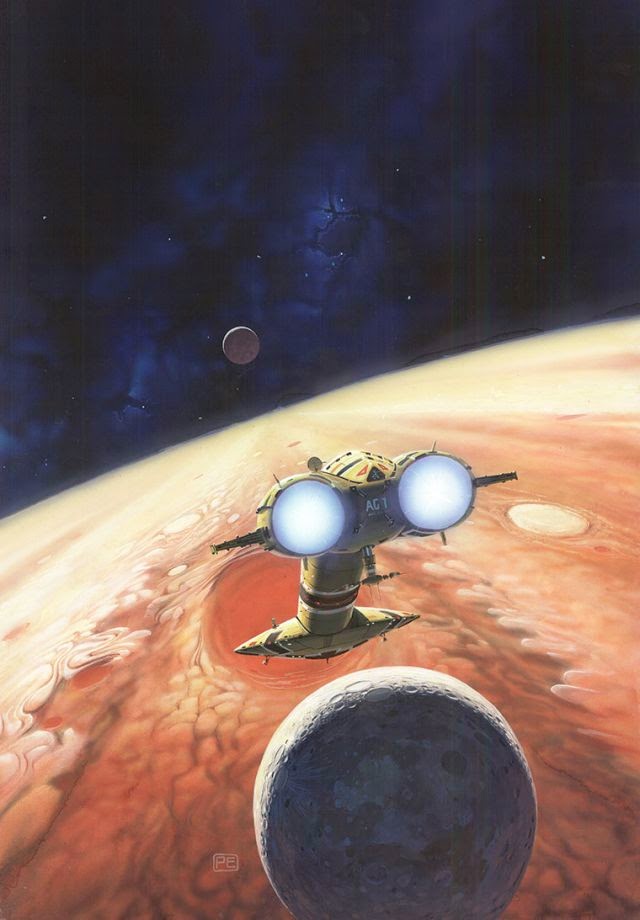 I was introduced to Chris by my good friend Fred Gambino. He probably won't remember but I would just call him up and chat to him on the phone in the early 90's when I was starting out.  The compositions are just incredible.

It was artworks like these that made me get my Devilbiss  super 63 airbrush about 1986. 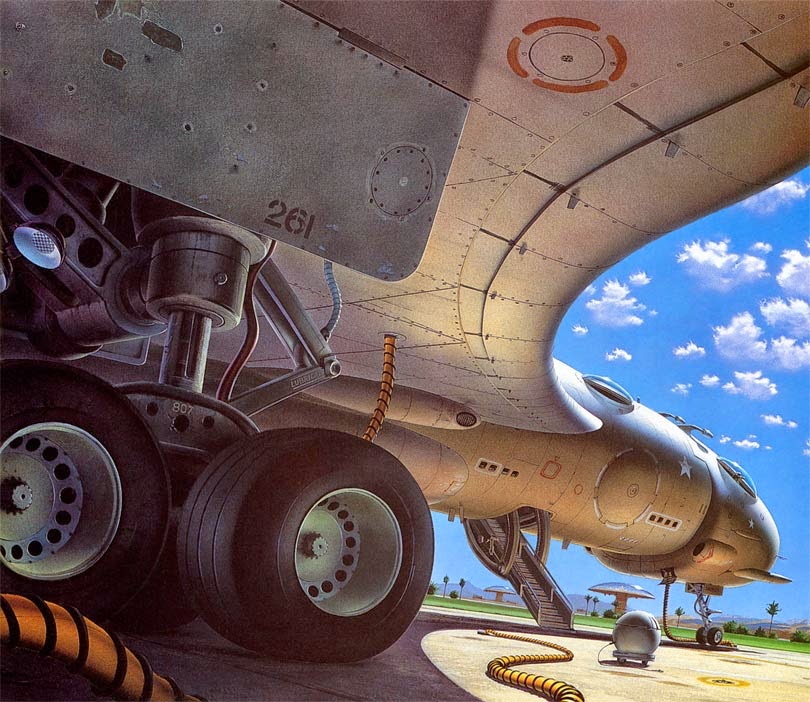 
Images are copyright the respective artists.
Posted by Kev Jenkins at 13:14 13 comments: